NOTE:  The 2 final days may be full days + Final Review a fortnight after completion

Learn practical professional TV Presenting skills and overcome your public speaking fears. The confidence that has you relating to the camera in a charismatic way will work just as well to a live audience.  You will learn more in your first session than you normally get from a whole course.

An engaging performance that charms your audience will become a habit.

Professional performance skills will have you feeling at home on the public podium, the boardroom or in front of the camera.

In the final session shoot your own story that includes co-presenting, two reporting pieces to camera,  an interview and a voice over.

BRING AND SD CARD to record your work to take home to assess.  SD Card details are HERE. 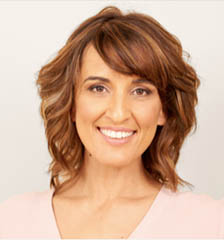 1) Essential performance skills for communicating to an audience

2) Keeping an open and spotaneous approach to charm your audience

Often the techniques that are taught are artificial.  Here you will learn simple practical skills that utilize the strengths of your personality

Managing nerves and understanding what generates them is a fast track to success.

Working with a director who has experience directing current affairs and documentary means you will learn a professional approach to dealing with time constraints and other distractions.

Understanding the interviewers job is the key to doing engaging, spontaneous and entertaining interview whether on stage or on screen.

Some specific areas require specific skills.  This course introduces a practical approach to these issues. 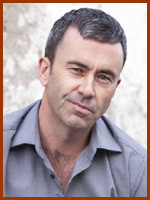 This course evolved because The Rehearsal Room acting process was so useful to Jules Lund in establishing a career as a TV Presenter at a very young age.  Jules did all the acting classes and then found it was those skills that quickly had him working on Channel 9's "Get Away".

On the basis of Jules success Richard decided to run this TV Presenters course and it was an instant success.  The techniques that presenters learn are an adaptation of the fundamental processes taught to actors at The Rehearsal Room.  They have all the same clear, practical, efficient and common sense qualities that produce performers who are in charge of their choices in a very professional way.

These techniques work on stage, in the boardroom or in front of a camera

Many have found they are now more comfortable and proficient on a professional set because they totally understand the realities of the job.  The end result has been a professional career.

And everyone has found that they learn the skills quickly because it is such a practical and supportive learning environment.​

This video promotion was made for 2015 classes